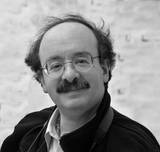 Amory Lovins, a MacArthur Fellow and consultant physicist, has advised the energy and other industries for more than three decades as well as the U.S. Departments of Energy and Defense. Published in 29 books and hundreds of papers, his work in 50+ countries has been recognized by the "Alternative Nobel," Onassis, Nissan, Shingo, and Mitchell Prizes, the Benjamin Franklin and Happold Medals, nine honorary doctorates, honorary membership of the American Institute of Architects, and the Heinz, Lindbergh, Jean Meyer, Time Hero for the Planet, and World Technology Awards. A Harvard and Oxford dropout and former Oxford don (receiving in consequence an Oxford MA by Special Resolution), he advises industries and governments worldwide, and has briefed 19 heads of state. He cofounded and is Chairman and Chief Scientist of Rocky Mountain Institute (www.rmi.org), an independent, market-oriented, entrepreneurial, nonprofit, nonpartisan think-and-do tank that creates abundance by design. Much of its pathfinding work on advanced resource productivity (typically with expanding returns to investment) and innovative business strategies is synthesized in Natural Capitalism (www.natcap.org). This intellectual capital provides most of RMI's revenue through private-sector consultancy that has served or been invited by more than 80 Fortune 500 firms, lately redesigning $30 billion worth of facilities spanning 29 sectors. RMI spun off E SOURCE ( www.esource.com) in 1992 and Fiberforge, Inc. (www.fiberforge.com), a composites engineering firm that Mr. Lovins chairs, in 1999; its technology permits cost-effective manufacturing of the ultralight-hybrid Hypercar® vehicles he invented in 1991. His 28th book, Small Is Profitable (www.smallisprofitable.org), an Economist book of the year, was published in 2002, and his Pentagon-cosponsored 29th book, Winning the Oil Endgame (www.oilendgame.com), in 2004.