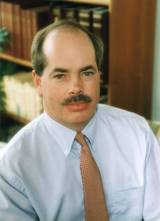 Christopher Flavin is President of the Worldwatch Institute, a Washington-based international research organization focused on energy, resource and environmental issues. Worldwatch is recognized around the world for its path-breaking work on the global connections between economic, social, and environmental trends.

Flavin is a leading voice on the potential for new energy technologies and strategies to replace fossil fuels, increasing energy security and avoiding dangerous climate change. He is co-author of three books on energy, including Power Surge: Guide to the Coming Energy Revolution, which anticipated many of the changes now underway in world energy markets. Flavin's two decades of energy research and writing encompasses solar energy, wind power, bio energy, geothermal power, energy efficiency, and hydrogen.

He is a regular co-author of the Institute's annual State of the World report, which has been published in 36 languages. Together with colleagues, he advised the Chinese government on their landmark renewable energy legislation, which came into effect in February 2005. He is active in international policy circles, and has participated in several historic international conferences, including the Earth Summit in Rio de Janeiro in 1992 and the Climate Change Conference in Kyoto Japan in 1997. Flavin is a founding member of the Board of Directors of the Business Council for Sustainable Energy and serves as a board member of the American Council on Renewable Energy, the Climate Institute, the Institute for Global Environmental Strategies, and the Environmental and Energy Study Institute. He is also a member of the Greentech Innovation Network, an initiative of the venture capital firm Kleiner Perkins Caufield & Byers that encourages innovation in sustainable technologies.

Chris Flavin speaks frequently to business, university, and policy audiences. His recent appearances include the Cleantech Venture Fora in San Francisco and London, the 18th World Petroleum Congress in Johannesburg, the American Council on Renewable Energy in Washington, the 11th World Congress of Public Health in Rio de Janeiro, and the Annual Conference of the World Affairs Council in Washington. In 2005, he spoke alongside Foreign Minister Joschka Fischer at the German Foreign Ministry in Berlin on the new strategies for achieving global security. Among the universities Mr. Flavin has lectured at recently are American University, Duke University, George Washington University, Stanford University, and the College of Design in Pasadena. He also testifies before national and state legislatures, and meets frequently with the leaders of governments, international agencies, and corporations.