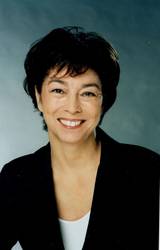 
As Deputy Mayor, Nicky plays a key role in London government. She has responsibility for the environment, strategic planning and children and young people. She led for the Mayor in preparing the London Plan. In particular, she promoted sustainable design and construction including the Supplementary Planning Guidance for all new London developments. She also set up and chairs the Hydrogen Partnership for London. Nicky is now leading for the Mayor on climate change, including implementation of the London Climate Change Action Plan, the establishment of the London Climate Change Agency and the setting up of the C40 - large cities climate leadership group. Nicky is an elected member of the London Assembly and the only Deputy Mayor of London.