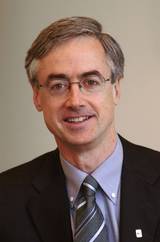 He joined WWF-US in 1989 and for ten years directed its worldwide conservation programmes, serving as Executive Vice President. From 2001-2005, Mr Leape directed the conservation and science initiatives of the David and Lucile Packard Foundation, one of the largest conservation funders in the world.